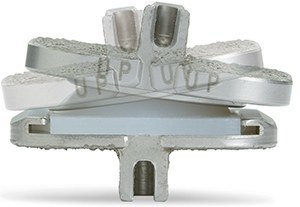 Cervical disc replacement is a surgical procedure of replacing the diseased or damaged intervertebral discs in the neck region with an artificial disc to restore the motion of spine. It is considered as an alternative to anterior cervical discectomy and fusion.

Artificial disc replacement is indicated in patients with degenerative disc disease, a condition referred to as a gradual degeneration of the disc between the vertebrae caused by a natural process of aging.

During the surgery, an incision is made on the front side of the neck, at the level of the damaged cervical disc. The muscles and soft tissues are gently moved apart for better view of the cervical spine. The disc space is opened and the damaged disc is removed and replaced with the artificial disc. The proper position of the implanted disc is confirmed by fluoroscopy. Then the incision is closed. 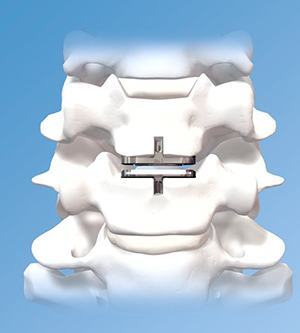 In total artificial disc replacement, both the annulus and nucleus are replaced with a mechanical device to restore normal spinal function. Artificial discs are usually made up of metal, plastic or a combination of metal and plastic. Medical grade plastic (polyethylene) and medical grade cobalt chromium or titanium alloy are used for disk design.

As bone healing is not required following an artificial disk implantation, early movement is encouraged. Early motion can lead to quicker rehabilitation and recovery. Hospital stay of about 2 to 4 days may be required. Basic exercises like regular walking and stretching can be performed during the first few weeks after surgery.

Cervical disc replacement surgery may cause certain complications and they include: